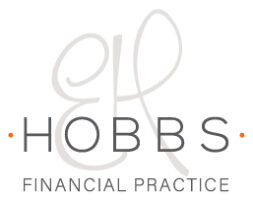 A hidden jobs shock is brewing. The sudden death of the centralised office is shifting Irish service jobs to the EU periphery, to countries like Romania and Greece as multi-nationals interpret work-from-home as an unexpected bonanza. The pivot is set to catch the Irish Government cold as high value management and workers, not on assembly lines, are offered new locations elsewhere in the EU, failing which redundancy terms are tabled. Remote locating within the EU is perfectly legal, within the Treaty of Rome and part of Single Market competition. Enquiries this week reveal the pattern is already taking root across a wide number of major Multi-National brands. The aggregate data on job losses and the loss of the multiplier effect in local economies may yet impact Ireland’s carefully managed relationship with FDI. Don’t be surprised to see this filter out into the main news cycle shortly. So, what other surprises lie in store next year?

Let’s start with what could go wrong.

So, what could go right?

What are the wild cards?

Whatever happens next, we have filed away the v-shaped recovery lark that dominated the early stage sentiment as popular fiction and are settled in for a grinding war against this enemy. It was never going to be any other way.

https://villagemagazine.ie/currency-warfronts-russia-is-spearheading-a-gold-and-commodity-backed-ruble-while-central-banks-accelerate-digital-currencies-which-without-protections-will-give-them-unlimited-power-to-monitor/
27 April, 2022 Russian Strategy unwrapped 27th April 2022, followed by analysis two weeks later on its launch of a global platform for gold & commodity backed currencies to take down the USD involving BRICS and Iran. https://villagemagazine.ie/putin-puts-in-the-boot-the-west-and-its-weakest-link-here-germany-face-a-formidable-foe-and-test-by-eddie-hobbs/
BIS Central Bank HQ on CBCD Update Jan 2021
Previous post Eddie Hobbs: Your savings are collateral damage in the new rules of the game - The Irish Examiner
Next post Two Cheers for Messy Democracy, Three for Adam Smith
Manage Cookie Consent
To provide the best experiences, we use technologies like cookies to store and/or access device information. Consenting to these technologies will allow us to process data such as browsing behavior or unique IDs on this site. Not consenting or withdrawing consent, may adversely affect certain features and functions. View Cookie Policy here.
Manage options Manage services Manage vendors Read more about these purposes
View preferences
{title} {title} {title}