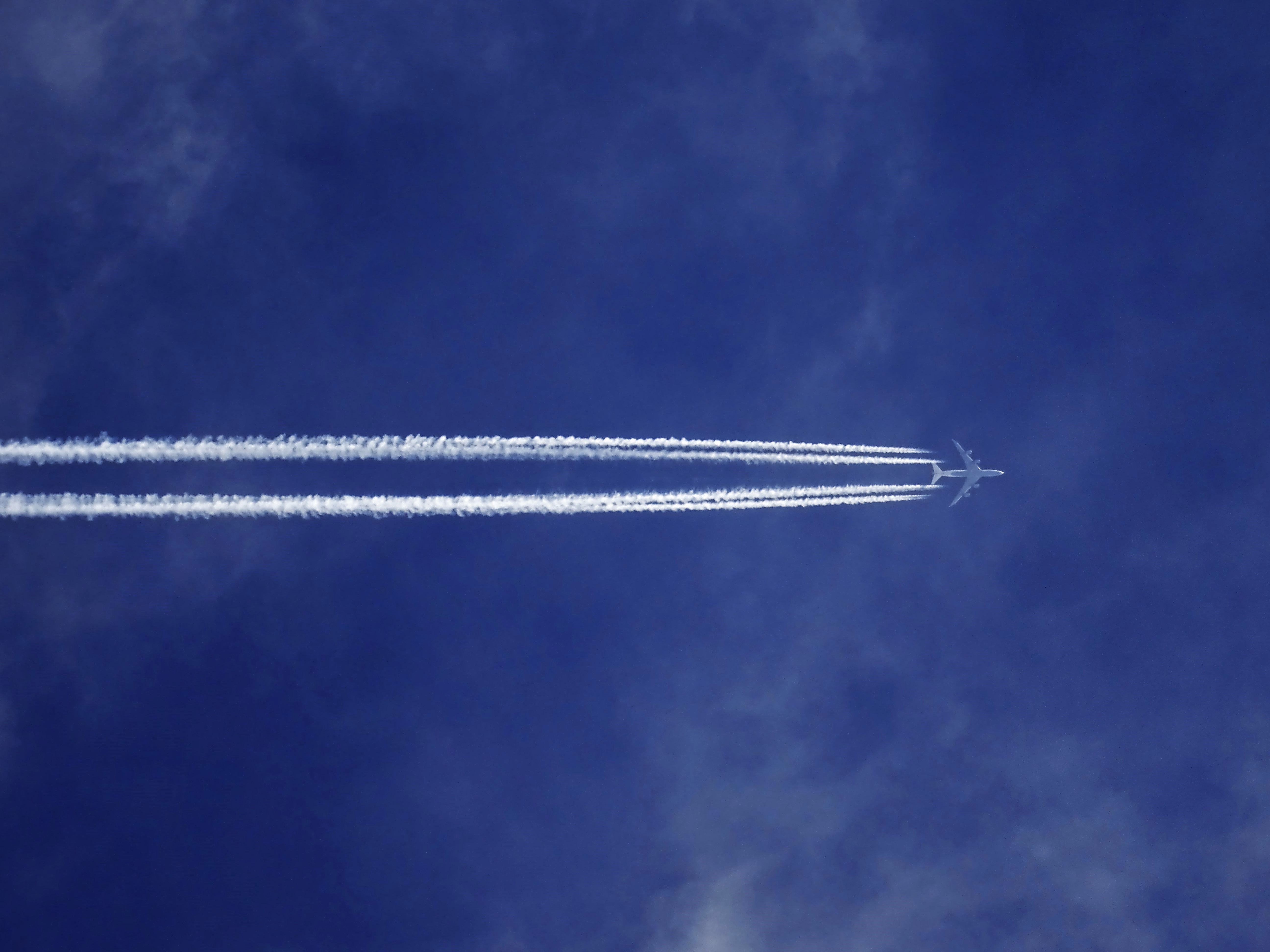 Greetings Passengers, this is the Captain – Please return to your seats

If you had the nagging feeling that you are not getting the full story from the cockpit of the media, you are right. Let’s give it a name, the GPC (Global Pandemic Crisis). It is a complex Health, Economic, Financial, Social and Geopolitical crisis, no amount of modelling has prepared journalists, academics or economists for it.

Until mid-March the Irish media focus was exclusively about the onset phase, there was a deafening silence about economic outcomes. The early calculations of the IMF, World Bank, OECD on the dampening effects were way off. Since then locally there’s been some cosy bedtime stories about dozy hibernating bears and chat about extreme monetary magic pills as if this is a single-issue crisis. When fearful we wish for the comfort of what is familiar, suck the sweet, watch the demo and fasten seatbelts, it will be a short bumpy ride before business as usual and you can play your favourite movies meantime.

Social media is awash with people supporting each other, funnies, music, tips for the bored kids, buying the line that this is a short interruption before a return to BAU (Business as Usual). But I think we deserve to hear the truth.

Unhappily what follows below is the grown-up version of GPC The Movie. It is strictly over 18’s so if you’ve a sensitive disposition stop reading now. Here’s the Trailer; there is no V-shaped recovery. It is a long fat ‘U’ with a lot happening at the bottom. We are only at the onset and counter-measures phase of this crisis. The flood and fractures are yet to come in the deep valley of the ‘U’ before recovery.

But first a short note; As everyone knows I’m not the PhD in the room but unlike many of those that are I have published form. In 2005 I originated, co-wrote and presented Rip Off Republic a polemic that exposed how the Irish development land bubble economy was having the effect of eating our young. Then I wrote Loot. Referencing the risks in the US economy, in that 2006 book I advised slashing leverage to under 50% of property, swapping to AAA rated banks, selling equities for bonds and buying gold. It is there in black and white on no other Irish publication. Two years later the GFC hit.

I’m not a Chicken Licken, mid Feb 2009 at the frenzy of the collapse in stock markets I’d said on Irish morning TV that the USA market was about to take off like a rocket. A couple of weeks later March 6th the US market hit the bottom setting up the second longest bull market in history over which the Dow jumped 4.5 times, before shedding nearly 30% of its value since February.

Throughout this period I’ve become alarmed by the scale of excess debt in the global economy, about the impact of ‘Crapitalism’ continued Central Bank dole mispricing risk and creating an everywhere bubble. It is why I wrote The Pivot in 2017 detailing the increased fragility caused by waves of quantitative easing and negative rates. That culminated in suggesting that the most dangerous doctrine carried forward from the 20th century is Keynesian economics. It is what is being deployed again. How this plays out across the uncertainty surrounding taming the pandemic contains the hidden keys to understanding this multi-faceted and complex crisis.

Last year I wrote about the minor Autumn heart attack in the US Repo market which reignited Fed QE operations that reached over half a trillion by the time the pandemic hit. The Repo is the front line of the interbank market, it was gumming up, intraday borrowing rates ballooning.

Throughout 2019 for those not lulled by groupthink, the signals were flashing inbound recession all you had to do was listen to the bond market where the curve was flattening and inverting. Back at the ranch, looking past Trump’s bluster the US economy was slowing fast, down to 2.3% from 2.9% the year before and well below the White House forecast. US consumer spending was weakening, meanwhile Germany was limping in at 0.6%, Japan was in recession and the global economy produced its lowest growth since 2009.

To be clear what I’m saying is that this black swan event hits at a lousy time. No one knows the playbook because there is a gap, the missing invention needed to stop or tame the pandemic. What we are left with is what we do know about how it might play out as global authorities’ toy with the elasticity of money, lighting a fresh fire under paper currencies. To help digestion I’ve clustered this into short points that you can adjust as events unfold. Nothing here is written in stone. I’m just making the best out of what is available to an enquiring mind.

How will Ireland Respond to a ‘U’ Shaped Crisis?

This crisis is unlikely to see a repeat of external creditor oversight but notwithstanding ECB supports for Irish bonds at close to zero rates, Ireland is limited to the scale at which the ECB will expand its balance sheet, competition from countries with greater needs such as Italy and general bond market pricing. Ireland looks to be entering the flood and fracture phase of the GPC with a centrist coalition.

There is nothing to suggest that the Irish establishment will respond much differently. The establishment will first shore itself up, limiting the impact of austerity measures to itself and its outer defences, an impulse that will be widely supported by RTE and academics on the State payroll. Public Sector pay and contracts will be ringfenced even if subject to wage cuts. There will be no reform of existing contracts, the overarching public good provisions in the Constitution already deployed in the crisis, will wither in this space because of Deep State power.

The crisis comes with the ongoing housing crisis which can only be met by finally tackling the gordian knot of the property market. Radical policies that rely on the public good argument will be deployed with less resistance.

There will be no auto-enrolment for pensions, not with employers weakened and the workforce shrunken. Climate change will take a back seat to economic revival, limiting the imprint of carbon taxes and related burdens for a few years. The big issue is the shape of the tax base, how to widen it to cover the blackhole created by the GPC. The inbound Government may have no choice but to ‘temporarily’ return to heavy lifting through the USC.

Private Pension assets are exposed to fresh appropriation if Government borrowing capacity gets squeezed. This is low hanging fruit, captive and politically expedient because it was done before and doesn’t impact the public payroll.

Wealth tax will become a big global issue, it is hoped this time that the unfolding Irish debate will cease using income as a measure of wealth and left wing parties cease dodging the plain fact that most domestic Irish wealth is in our homes and in the public sector pension scheme. After much heat I don’t think an asset-based wealth tax on the middle class will fly in Ireland, but property tax is here to stay.

There will be a refocus on the Apple Tax escrow for obvious reasons. The state is likely to change its position but in a nuanced manner quietly hoping that the EU wins its case.

Europe will face a fresh existential crisis, at issue will be what to do with Italy which entered the GPC with the second highest debt to GDP outside of Greece and an unreformed economy. The Eurozone as a currency will once again be tested especially as the EU erupts into vigorous debate about common bonds and control of national budgets including setting taxes.

A radical centrist response will be required to hold it together without losing further members. Macron is likely to lead. Unlike the GFC, this time the threat is universally shared even if the price is unequal due to differences in health responses and sovereign debt levels

What can you do?

The first thing is to psychologically prepare for what is coming, the moments when the oxygen masks fall. There is no quick fix. The safety nets from State debt, reliefs and the ECB, all of it has a limit. For the initial phase here are a dozen thoughts;

Hobbs Financial Practice Limited is regulated by the Central Bank of Ireland.  VAT No. IE 8267269I.

The Pivot is available from www.jackandjill.ie for €20, all of which goes to fund paediatric nursing hours. The Pivot is also available by contacting us at 045 409364. It is not in the shops.

https://villagemagazine.ie/currency-warfronts-russia-is-spearheading-a-gold-and-commodity-backed-ruble-while-central-banks-accelerate-digital-currencies-which-without-protections-will-give-them-unlimited-power-to-monitor/
27 April, 2022 Russian Strategy unwrapped 27th April 2022, followed by analysis two weeks later on its launch of a global platform for gold & commodity backed currencies to take down the USD involving BRICS and Iran. https://villagemagazine.ie/putin-puts-in-the-boot-the-west-and-its-weakest-link-here-germany-face-a-formidable-foe-and-test-by-eddie-hobbs/
BIS Central Bank HQ on CBCD Update Jan 2021
Previous post WINDOW OF OPPORTUNITY
Next post Podcast with Eddie Hobbs & LMFM - THE TRUTH ABOUT THE NEXT FEW YEARS
Manage Cookie Consent
To provide the best experiences, we use technologies like cookies to store and/or access device information. Consenting to these technologies will allow us to process data such as browsing behavior or unique IDs on this site. Not consenting or withdrawing consent, may adversely affect certain features and functions. View Cookie Policy here.
Manage options Manage services Manage vendors Read more about these purposes
View preferences
{title} {title} {title}